“It’s the biggest health crisis You’ve neve heard of,” a recent New York Times headline proclaimed.  The topic of the article wasn’t poverty, famine, or disease, but rather the lack of eyeglasses.

Most Americans Wouldn’t consider having to wear glasses a crisis.  An inconvenience? Sure/  But a cris?  Far from it.  And yet there are places in the world (and in the U.S., for that matter) where a simple visual impairment can result in serious complications.

Globally speaking, says the World Health Organization, “More than 161 million people are visually impaired; among them, 124 million have low vision and 37 million are blind.”

Even more staggering, reported the New York Times story, was the estimate by some researchers that up to 2.5 billion people around the world need eyeglasses.

According to the World Health Organization, the lack of productivity associated with visual impairments costs the world economy some $200 billion a year.

And yet, relatively little is being done to combat this problem.  In fact, the New York Times article says that in 2015 less than $40 million was spent on providing eyeglasses to those in need around the world.

As the director and co-evangelist at SOS Adventure, Fernando DeCarvalho has found a kindred spirit in Mission Vision.  “Now more than ever” he says, “I’m excited about our partnership with Mission Vision.”

Working with Mission Vision to train its volunteers, SOS Adventures has expanded its world view.  “We have a much more whole ministry,” Decarvalho says.  “We want to help with people’s spiritual, physical, and emotional needs.”  To that end, the organization has started a new initiative – SOS Aid – With a new focus on “love Does” projects that include vision care.  “We have purchased 50 manual eye screening kits to take with us to Asia and Africa so that we may serve more people.”

His Blessing Foundation is dedicated to helping people all cross Africa gain access to healthcare, clean drinking water, and education.

He, too, has joined forces with Mission Vision to bring free eye examinations and prescription glasses to villages in Uganda and, hopefully soon, to Kenya and Nigeria.

With each trip to Africa, Ike carries with him more and more suitcases packed with eyeglasses.  “The need is so much,” Ike says.

From the Dominican Republic to Zimbabwe, need knows no boundaries according to Mission Vision.  To that end, the organization provided over 80,9—pairs of glasses to some 46 different international trips in 2017 through 2018.  To help facilitate those trips, Mission Vision may be called upon to provide equipment (for example, the autorefractor) and supplies of neutralized glasses.

Mission Vision also offers hands-on training sessions at its mobile clinics or online tutorials on Youtube.  Whether in person or via the Internet, Soon-to-be-deployed international Missinaories are taught how to use the tools of the trade so that they’re prepared to conduct eye exams in the field. 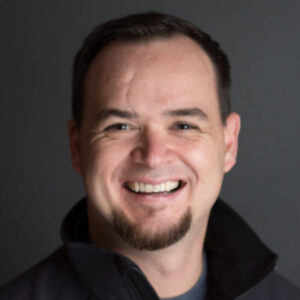 “Now more than ever, I’m excited about our partnership with Mission Vision.”
~ Fernando DeCavalho, Director and Co-evangelist, SOS Adventure